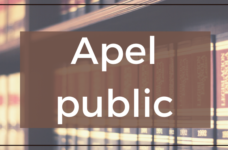 The signatory organizations call on the Parliament of the Republic of Moldova to adopt as soon as possible a decision regarding the appointment of Mrs. Viorica PUICA as a judge at the SCJ.

On 9 June 2020, the Superior Council of Magistracy (SCM) proposed the appointment of Judge Viorica PUICA to the Supreme Court of Justice (SCJ). Judge Puica was declared the winner in the contest for this position after competing with five other candidates. The SCM took this decision after evaluating the candidates’ professional performance, previous experience in the position of judge and their performance at the interview with the SCM members. Mrs. Puica’s candidature was supported by the majority of SCM members. None of the SCM members expressed a separate opinion against this proposal.

Judge Viorica PUICA has an impeccable reputation in the judiciary and is known as a person with unquestionable integrity and utmost professionalism. For 11 years, she taught the civil procedure law at the Faculty of Law of the State University of Moldova. In 2007, Mrs. Puica was nominated by the SCM as the best judge in Moldova. In 2018, during the last ordinary professional evaluation, her professional performance was rated “excellent”. Rejection of such a candidate would send a warning signal to honest Moldovan judges and further undermine confidence in the existence of a genuine desire and will to reform the justice system.

The full version of the appeal is available here.